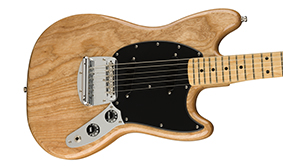 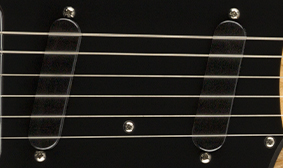 These pickups have been custom-voiced to emulate Ben’s personal vintage Mustangs. 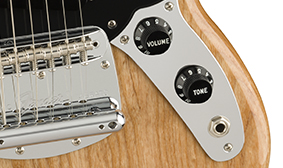 This simplified setup eliminates multiple slider switches and tone control and camouflages the pickup selector as the tone knob. 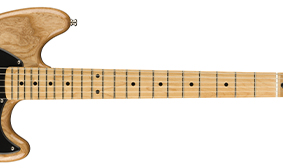 The 24” scale combined with a 22-fret Modern “C”-shaped maple neck and 9.5” radius fingerboard make it an easily playable guitar for musicians of all levels. 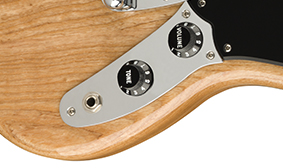 Per Ben Gibbard’s personal spec, all extraneous switches and controls were removed and replaced with a single master volume and a three position rotary pickup selector. 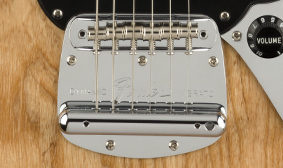 This Mustang’s tailpiece is locked in place for ultimate stability and resonance.